The 2022 Community Grants funding cycle is closed. We appreciate the support of all those who applied this year. Please look for the 2023 Request for Proposals to be posted in November 2022.

We are pleased to announce the return of the 2022 Ride of Silence as a "live in person event" scheduled for May 18, 2022. We will organize and ride from the Blount Co courthouse as in years past. Please arrive by 6:30 pm to get your bike ready as we will depart the parking lot precisely at 7pm with the bell-chime from the tower. Additional information can be found under the Events tab.

The Jeff Roth Cycling Foundation is pleased to announce the return of Smart Cycling 101 instruction.

Please read full information regarding the course and registration under Events

The Jeff Roth Cycling Foundation is happy to announce the return of its 2022 Community Bike Challenge Program.  Access the JRCF Grant Application following this link.

Additional information regarding eligibility and JRCF expectations can be obtained by contacting Chuck Faulkner by e-mail or text message to 865-309-4008. 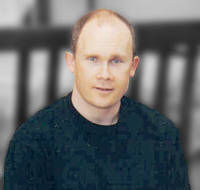 In 2006, Jeff Roth was, first and foremost, a father of three little girls ages 5, 5, and 7 year old, a husband. He was a Physical Therapist by career. He exercised voraciously every day, rode long distances on the roads 5 to 6 times per week and especially loved steep hills.

One August afternoon, Jeff was riding on Rt. 321 in Maryville, Tennessee and was hit and killed by Mr. Tommy Carroll who was driving a pick up truck. Local cyclists Matt Alexander, Mike Winck and Jay Nevans worked with Tennessee Rep. Doug Overbey to put together a bill to protect cyclists and educate motorists through the Jeff Roth Protection Act. The bill passed unanimously through the House and the name Brian Brown was added to the bill at the Senate level. Brian was killed when he was struck by a truck near Martin, Tennessee. He was a friend of Tennessee Sen. Roy Herron. In Spring of 2007, the bill was signed by Governor Phil Bredeson.

Jeff's death brought the local and state cyclists together and the Jeff Roth Cycling Foundation was formed. Our foundation will strive to promote safe cycling and motorist education of the Jeff Roth and Brian Brown Protection Act.

Passed without opposition in both the House and Senate, this act provides that "the operator of a motor vehicle when overtaking and passing a bicycle proceeding in the same direction on the roadway, shall leave a safe distance between the motor vehicle and the bicycle of not less than three feet (3') and shall maintain such clearance until safely past the overtaken bicycle." A violation of this section is a Class C misdemeanor.